What the Theranos trial taught us about ethics and compliance

After years of controversy and a highly publicized court case, the trial of Elizabeth Holmes, former CEO and founder of failed blood testing startup Theranos, is at an end. According to CNN, the Theranos trial verdict found Holmes guilty on four out of 11 federal charges.

It's the culmination of a stunning fall from grace for Holmes, who was once one of Silicon Valley's most revered figures. But beyond the personal implications it has for her, there are many lessons for companies (and their leaders) to learn. The role of an ethics and compliance function within an organization, the impact of oversight from a board of directors, how leaders can—and must—help protect against workplace misconduct, and how company cultures can better empower employees to speak up internally as whistleblowers.

It may be too late for Holmes to take anything away from this trial (other than a prison sentence), but there's plenty to be learned for other business leaders. Here are some key takeaways in light of the Theranos trial.

Ethics and compliance is often preached as being an important cornerstone to organizations’ values and beliefs. But how often do these organizations hold themselves accountable to this standard—particularly when it comes to higher levels of leadership?

The first thing the Theranos trial tells us is that cultivating an ethical culture of compliance begins at the very top. If a company's leadership doesn't act with the utmost regard for ethics and compliance, it's a recipe for disaster. Having a structured, ethical code of conduct for all employees—including those in the most visible positions of power—should be not just accepted, but encouraged.

There's also the question of the role a board of directors plays in supporting ethics and compliance. E&C should be a regular topic of conversation for the board, as well as something they're actively monitoring. That doesn't mean they have to monitor on their own (more on this idea later), but it should be stressed as an issue to focus on regularly.

Finally, there must be ethical alignment between the board and the company's leader. Wall Street Journal reporter John Carreyrou literally wrote the book on Holmes and the Theranos controversy. In an interview with LRN, Carreyrou noted how the Theranos board "wasn't privy" to many of Holmes' actions. How can a company take a top-down approach to ethics and compliance when they can't trust their leaders to communicate effectively with the board in a transparent, ethical manner?

It's not enough to trust and believe in your company's CEO and board to act with ethics at top of mind. There needs to be structured accountability in place. One way to ensure that is by having a chief ethics and compliance officer, dedicated toguiding the conversation around speaking up when something seems wrong and curtailing workplace misconduct.  But at the end of the day, it is the responsibility of all company leaders—from middle management to the C-suite—to demonstrate ethical conduct and encourage people to voice their concerns.

The LRN Benchmark of Ethical Culture report goes a step further by revealing just how important it is to have both a chief ethics and compliance officer and broader leadership establish a culture where people feel comfortable speaking up. The report, which surveyed 8,000 employees around the globe, offers some telling statistics:

In short, leaders across an organization should view themselves as the main drivers of an accountable, ethical culture.

The Wall Street Journal reported that Holmes and Theranos addressed their lack of ethics and compliance representation on their board back in 2016. Along with identifying a new compliance officer, they also added a "compliance and quality committee" to their board. By that time, it seemed nothing more than lip service—the culture at Theranos was a culture of fear.

It's impossible to say whether the company would have succeeded with a stronger and more effective ethics and compliance program in place—it wouldn't have necessarily improved the product they were offering. But it would have helped them avoid the numerous legal issues they faced by creating a false perception of their capabilities.

The board of directors must maintain oversight of ethical culture

In the report Activating Culture and Ethics from the Boardroom, LRN and Tapestry Networks interviewed 40 board directors occupying 80 seats on public company boards about what it means to shape ethical corporate culture. Among the report's many eye-opening findings, it identified four major themes that board members saw as critical to maintaining an ethical environment: measurement, accountability, trust, and oversight.

Oversight is especially key in the context of the Theranos trial. LRN recently wrote about how the Theranos board conceived its role and responsibility—and how important board oversight is in terms of maintaining an ethical environment. While they may not be able to see everything that happens, a well-positioned board is one that views the health, sustainability, and ethical foundations of its culture as a strategic priority.

Another quote from Carreyrou speaks to this. He noted that, "It became a fraud with the years as she tried to achieve her vision, and as she ran into problems and setbacks, that she essentially papered over and never acknowledged to her board or to investors and eventually never talked to the public either."  When the board creates an ethics-first culture where all are held accountable to transparency—including the CEO—it's easier to proactively track problems.

Creating a workplace culture where whistleblowing is encouraged

Whistleblowing can be a difficult feat to pull off for anyone at any level of a company. Even though reporting a concern is often the right thing to do, that doesn't mean it is easy to do. An organization's ethics and compliance function should empower and enable employees to speak up when they believe they have witnessed wrongdoing. This is in stark contrast to the culture at Theranos, where deception and subterfuge were practiced at the highest possible level.

Recent research from LRN proves how feelings of trust and fairness have an outsized influence on whether people make ethical choices and speak up about misconduct. The LRN Benchmark of Ethical Culture found that 40% of all employees surveyed reported witnessing misconduct or some kind of unethical behavior in the preceding year. Of those who did observe misconduct, 80% of them reported it. These numbers begin to skew when examining the various demographics present, but what shines through is that companies with the strongest ethical cultures find themselves in a better position to tackle the issue of misconduct head-on.

The bottom line is that Holmes defrauded her investors, but there wasn't a great structure in place to check her power. When an organization fails to put these types of ethics and compliance controls in place, there's no telling what can happen. In Theranos' case, they lied to patients and investors alike. By focusing on ethics and compliance at the board level—and by empowering all team members to report anything they see as workplace misconduct—issues such as these are much less likely to become organizational anchors and can be swiftly addressed by leadership.

To learn more about creating a speak-up culture within your own organization, check out these resources: 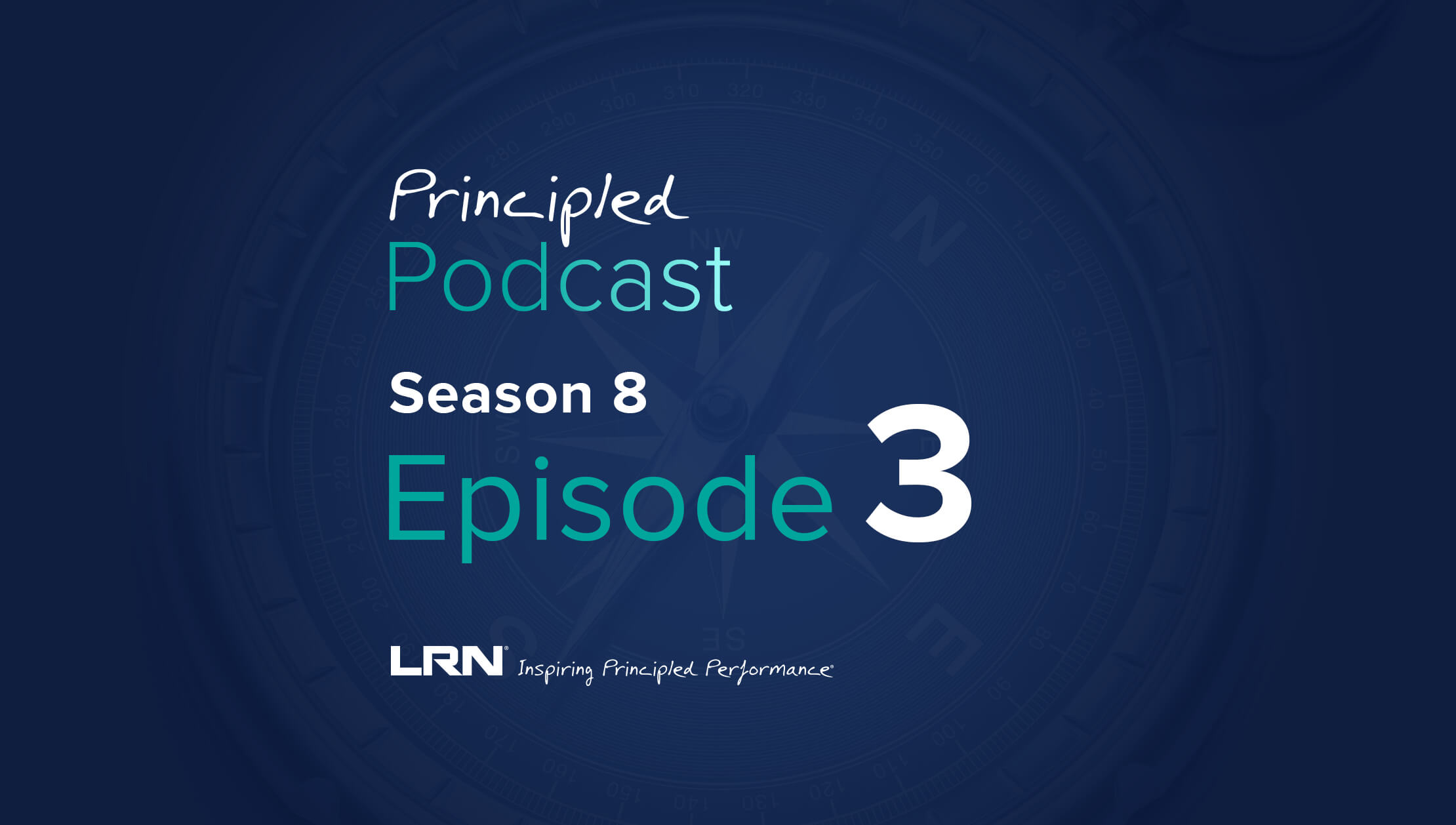 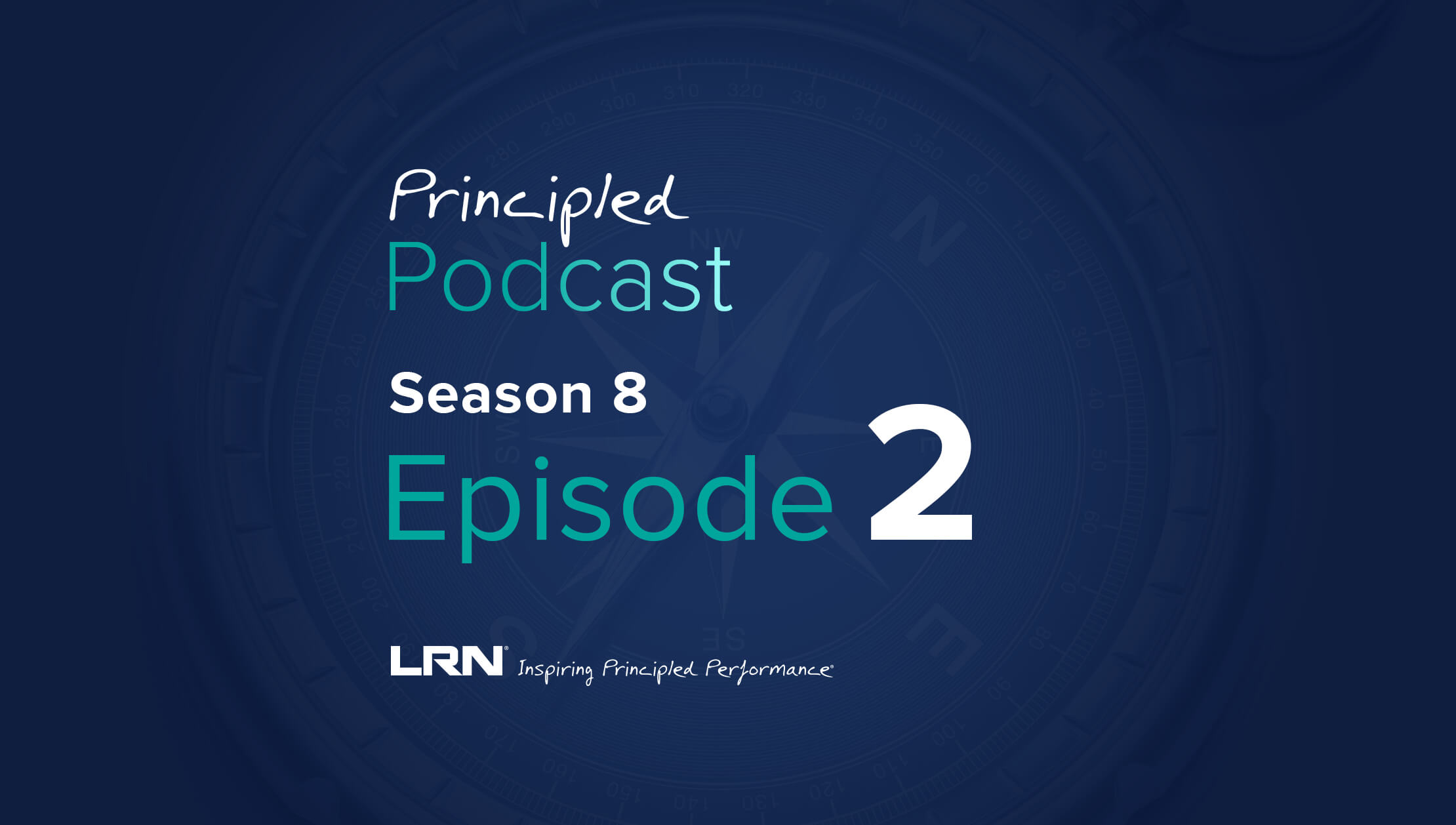