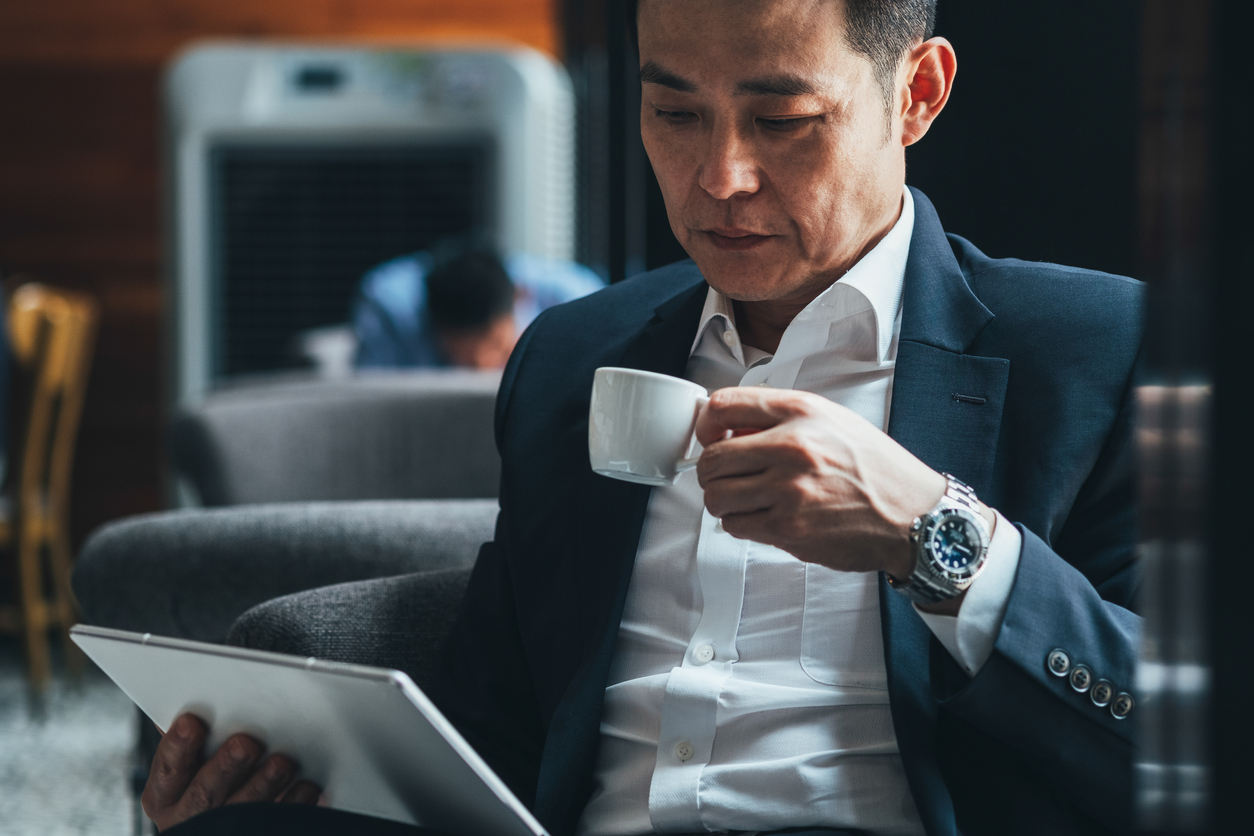 A cycle of distrust: Key findings from the 2022 Edelman Trust Barometer

Trust defines an organization’s license to operate, lead, and succeed. With trust as a foundation, organizations can take responsible risks and rebound from mistakes. Every year since 2001, Edelman has published an extensive survey covering whom and what the public trusts. The release of the 2022 Edelman Trust Barometer reveals a concerning insight: people are increasingly more inclined to distrust than trust—so much so that this year’s report is titled “A Cycle of Distrust.”

As distrust continues to grow, it's important for business leaders to understand these sentiments and work to recognize how their own practices can better address the concerns of the public. Let’s explore the key findings from Edelman’s report and unpack how organizations can help rebuild trust moving forward.

About the 2022 Edelman Trust Barometer

The 2022 Edelman Trust Barometer is Edelman’s 22nd annual trust and credibility survey. Surveying more than 36,000 people across 28 countries, the 2022 Edelman Trust Barometer paints a picture of a world ensnared in a vicious cycle of distrust, fueled by a growing lack of faith in media and government.  At the same time, there is an even greater expectation of business to lead as trust in these other entities continues to spiral. Edelman released a complete list of the top 10 findings in their 2022 Trust Barometer. Included below are some of those that we feel are most impactful to businesses.

Distrust is now the default

The need to earn people's trust has always been there, but it's becoming more important as distrust rises. Across 24 countries, 59% of respondents said that they have a tendency to distrust a source of information until they see evidence that it's trustworthy. Driving this distrust is the fact that 64% of respondents believe people in their country lack the ability to have civil and constructive debates.

Distrust is fueled by the government and the media

The perception that civil and constructive debates are impossible is fueling society’s distrust in the government and the media. Nearly one out of two respondents view government (48%) and media (46%) as divisive forces in society, while only a little over a third of respondents view those institutions as unifying forces. More than two-thirds view false information as a major problem, and less than half see the government as being capable of taking a leadership role to solve societal problems. People simply don't trust either institution to cut through the bias and present them with accurate information.

Businesses, but not business leaders, are the most trusted

The good news for business is that they remain the most trusted of the institutions in the survey. This trend was the focus of Edelman’s 2021 report and continues to hold true with the release of the 2022 Edelman Trust Barometer. However, this doesn't mean that everything is great for businesses. Only 61% of respondents trust businesses, just barely above the threshold of 60% required to qualify as trustworthy rather than neutral.

Unlike the government and the media, more people see businesses as unifying forces rather than divisive ones. However, the number who see it as unifying is still only 45%. Part of this is an expectation of businesses to do more to foster trust. Across the board, nearly half of respondents believe business is not doing enough address the following societal problems:

Furthermore, while people trust business more than other institutions, that trust does not extend to business leaders (beyond their own). CEOs are distrusted by 49% of the population, more than the 46% that distrust journalists and 42% that distrust the government.

Interestingly, while less than half of people trust CEOs in general, 66% of respondents said they trust their own CEO. This tracks with the greater theme identified in the 2022 Edelman Trust Barometer that trust circles becoming more localized. The report shows a clear trend of people trusting folks with whom they have a personal relationship more highly than those they don't. This includes members of their local community (62% trust) and coworkers (74% trust). While this line of thinking is not groundbreaking, it underscores an important reminder to businesses that anything communicated at the top of an organization must be reiterated—and demonstrated—by those down the corporate ladder, all the way to employees on the ground.

Businesses rely on customers, employees, and investors to operate. Across all of these categories, people are more willing to do business with a company that they feel shares their values and beliefs. 58% of customers base purchasing decisions on how well their beliefs and values align with a company. 60% of job seekers choose employers by that same metric, as do 64% of investors.

Why trust matters to business performance

Misconduct by employees can increase public distrust of a business, open it up to legal liabilities, and potentially have catastrophic effects on the health of the company. However, a key component in detecting and controlling misconduct begins within the trust of the organization itself. The LRN Benchmark of Ethical Culture surveyed employees about their observations and reactions to misconduct. The findings from our research seem promising at first glance; while 40% of respondents said they observed misconduct within the past year, 80% of them reported it.

The issue remaining is that those 20% who aren't reporting misconduct represent a statistically significant number. Businesses can't rely on someone from the 80% observing the same behavior so they can respond to the problem. This ties in with the 2022 Edelman Trust Barometer because one of the key reasons for not reporting misconduct was a lack of trust in the ethical culture of the company. If businesses don't take steps to ensure employees trust them to do the right thing, those employees simply won't speak up when they see something wrong.

As we saw from the key findings, the government and the media are driving large parts of the public's growing distrust. While this may seem unrelated to business, that isn't quite the case. Institutions that are seen as biased are a key factor in losing trust, which is something for business leaders to keep in mind as they seek to both maintain and increase public trust in them. Moreover, this lack of trust in other institutions presents an opportunity for business to fill the gap.

Richard Edelman, CEO of Edelman, takes it a step further, arguing that businesses have an obligation to do so. “Facing today's myriad challenges will require both a new way of operating and a much higher level of performance from our core institutions,” he writes. “And for now, business must accept the burden of filling the void left by government, but it should be poised to pivot to a more level playing field. CEOs will have to lead on policy and continue to be a model of long-term thinking for other institutions while avoiding political overreach. We need to move from outrage to optimism, fears to confidence, insinuation to fact. We must create a system that once again works for all.”

For organizations of all kinds, trust is the strongest insurance against competitive disruption, the antidote to consumer indifference, and the best path to continued growth. Without trust, a business runs the risk of losing its credibility and reputation—in the marketplace and the greater societal sphere. To learn more about how trust impacts individual and business performance, check out these LRN resources: 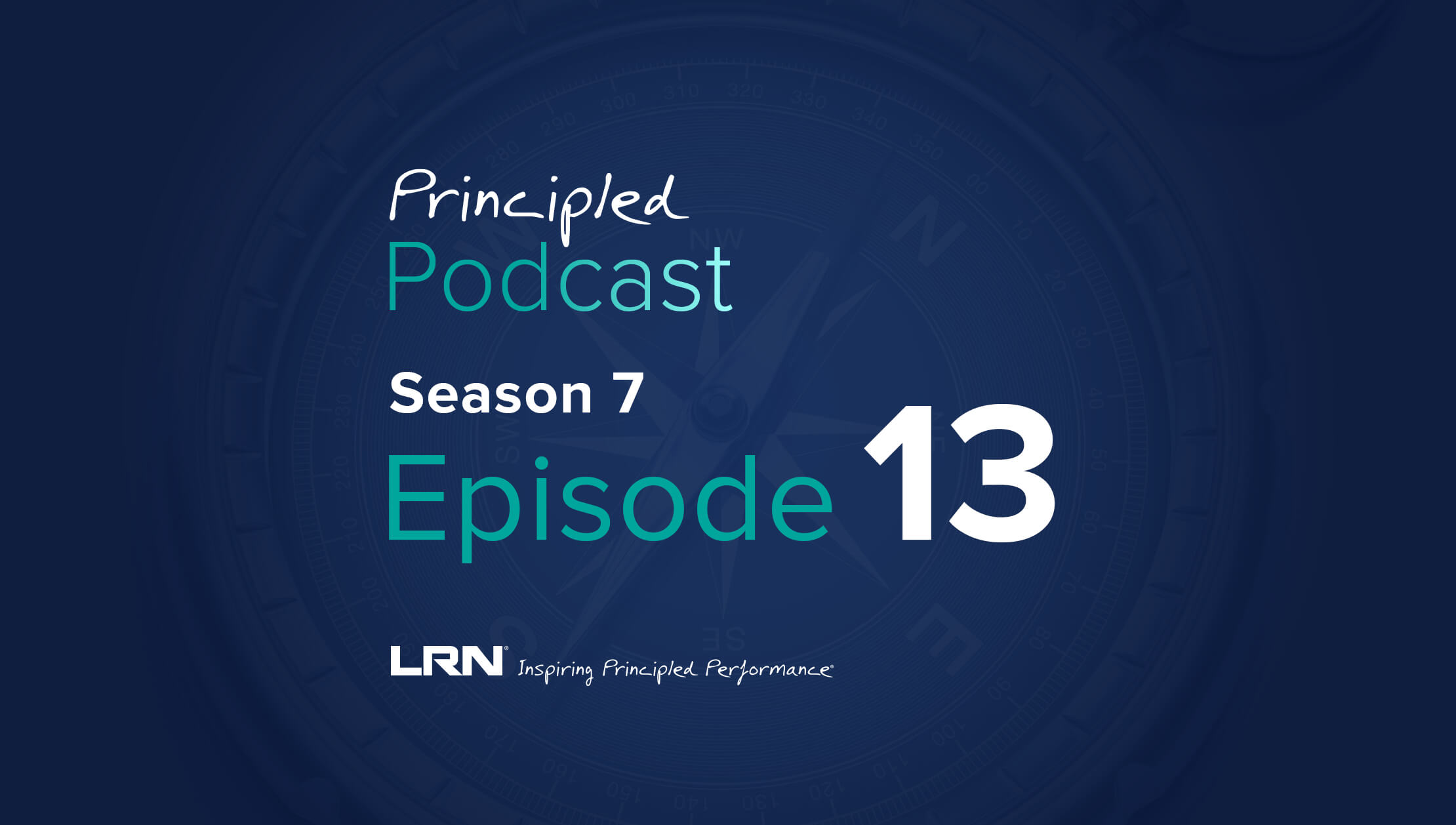 How corporate purpose is foundational to business innovation and success 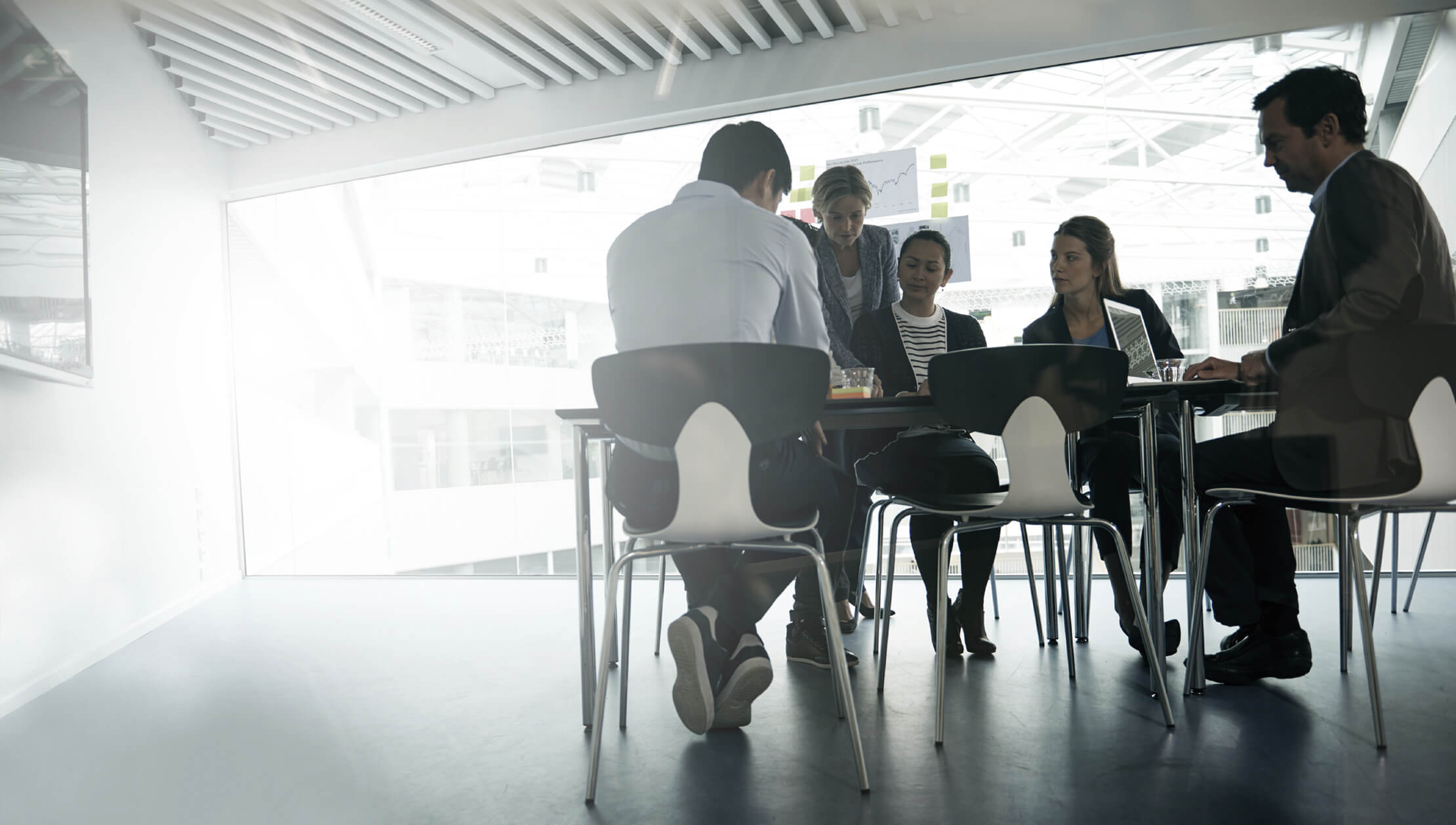 Strengthening the foundation: How ethical culture impacts the employee experience 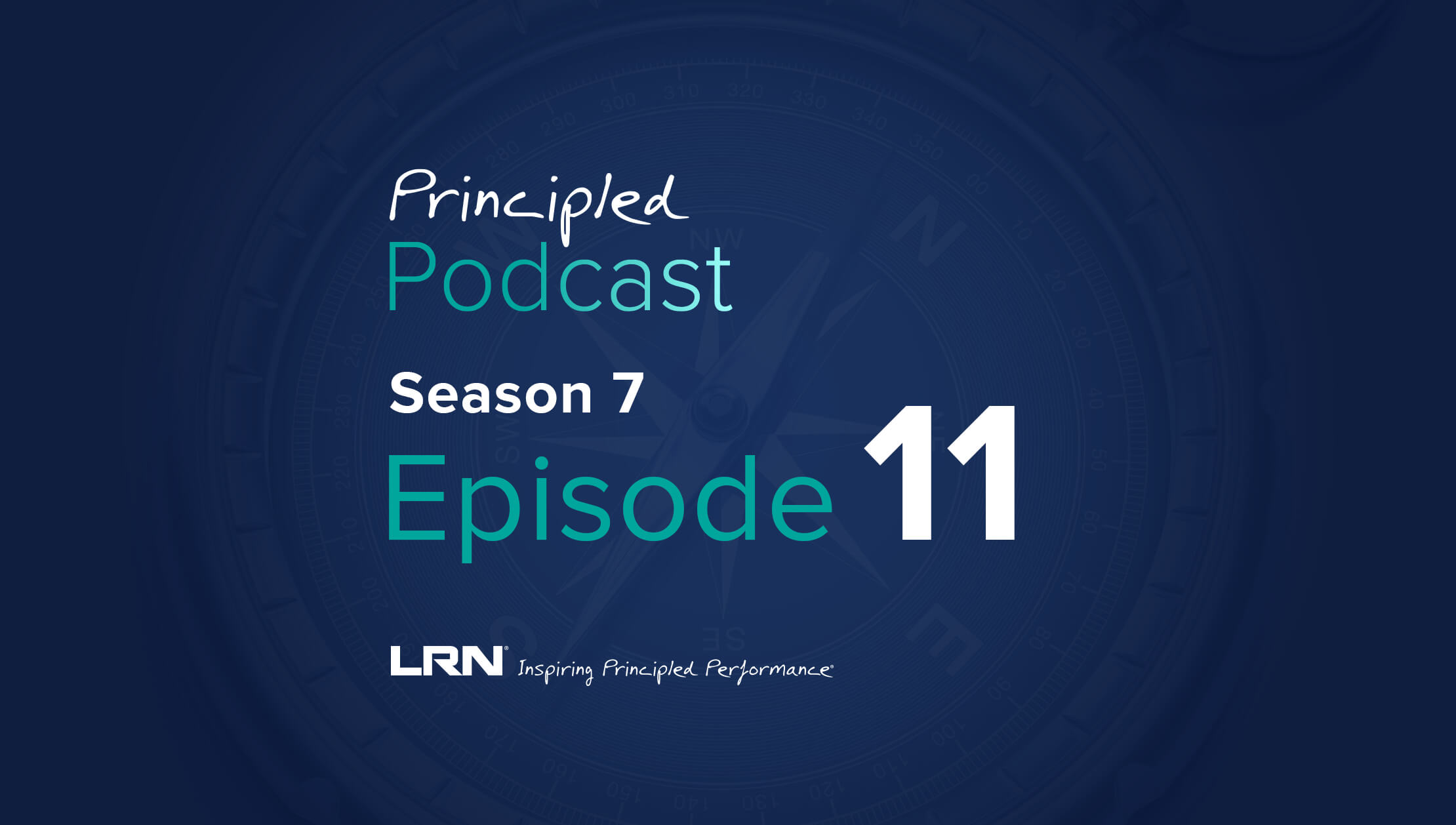 Cracking the code on effective code of conduct design