Marshall McLuhan was Never More Right: Why How We Communicate Matters More than Our Message

If you ever had any doubt about how the medium really IS the message, I would like you to take this simple test. Think about the last time you had to say something difficult to someone: you’re fired, I don’t love you anymore, you have disappointed me. How much time did you think about the words? And how much time did you consider the timing and the means by which you would tell them – in person, by email, a note left on the counter? And where, when?

END_OF_DOCUMENT_TOKEN_TO_BE_REPLACED

The HOW of Training Soldiers: LRN Visits Fort Jackson 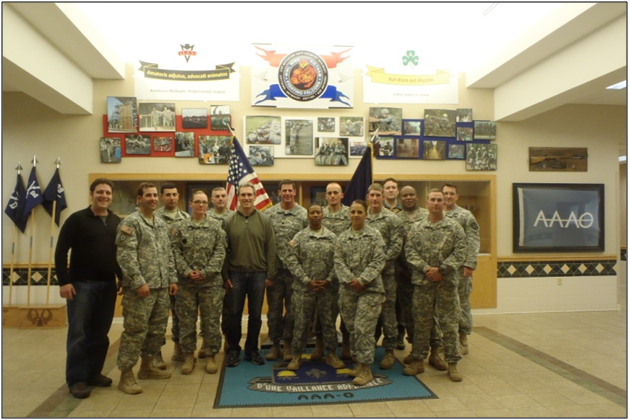 In the rest of the world, someone who reaches out to random soldiers on LinkedIn just to offer to help is unusual. At LRN, we have Forrest Lindekens, who doesn’t just reach out; he develops a deep and enduring friendship. That’s how LTC Jason Corbett (Big JC) Glick entered LRN’s orbit.

END_OF_DOCUMENT_TOKEN_TO_BE_REPLACED

HOW Do I Retire?

In today’s world, people’s careers don’t end like they used to.

Gone are the gold watches, and the retirement dinners and celebrations. Instead, many people find themselves leaving their jobs earlier than they wanted…they become over-priced, or outdated and find themselves faced with the choice of “early retirement” or downsizing. Others find that they cannot afford to “retire” and end up working far longer than want, often taking jobs that are not meaningful to them.
Often, people just stop working…and retirement is not a “line in the sand” but, rather, a fuzzy construct that offers little certainty about whether someone is truly “retired”.

END_OF_DOCUMENT_TOKEN_TO_BE_REPLACED

Topics: HOW, The How Report, Retirement

India’s Mission to Mars & Cyclones: What is Principled Performance?

I recently returned from a business trip to Mumbai where I spent an inspiring few days with my colleagues from LRN. As all business travelers know, the world is still a very big place. Even though technology has brought all of us closer together, and air travel has made a trip to the other side of the planet as easy as hopping on an airplane, there are still great and wonderful differences between our countries, cultures and geographies that make the world the fascinating quilt of experience that it is today.

END_OF_DOCUMENT_TOKEN_TO_BE_REPLACED

LRN CEO and HOW author, Dov Seidman spoke with Polly LaBarre, editorial director of the Management Innovation eXchange (MIX) on important topics related to business culture and inspirational leadership. Check out the videos below to learn why inspiration beats coercion and how companies can outbehave the competition.

END_OF_DOCUMENT_TOKEN_TO_BE_REPLACED

H.G. Wells published a science fiction novella, “The Time Machine”, in 1895 which was later adapted into two feature length movies, two television versions and several comic book adaptations. With this story, Wells popularized the concept of time travel and it has inspired many derivative works through the years.

Wells’ book was pure fiction, of course, with the protagonist travelling backwards and forwards in time using a machine as his form of conveyance.  Scientists, however, do hold the possibility of a form of time travel based on complex physics and theoretical constructs.

END_OF_DOCUMENT_TOKEN_TO_BE_REPLACED

The line separating inspiration and motivation is a thin one, and yet on LRN’s Leadership Framework the split is rather severe. During a recent on-boarding session, the black-and-white (or rather navy blue and light blue) difference between the terms was put into contention when it was suggested that both were on the same continuum. Indeed, when placed next to the pairing of opposites such as, “short-term outlook” vs. “vision & long-term outlook,” motivation vs. inspiration doesn’t have as flagrant of a contrast. Amid this controversy, I kept a very pensive position. While I understood the similarities between these leadership and non-leadership attributes, I also had this innate feeling that they were significantly different.

After witnessing this constructive debate regarding inspiration and motivation, I started questioning my feelings on the subject. In doing so, I reflected back on my experiences from the week before.  I began interning at LRN on the heels of a Student Climate and Conservation Congress in West Virginia where I was exposed to a diverse set of leaders from the whole environmental spectrum. Diversity was the keyword throughout the entire week: we would kayak down the Potomac River with a lepidopterist who dedicated his whole life to the study of butterflies one day, and nestle around a fire to speak with a leader in the Navajo community the next. When I went back home though, all I felt was disappointment. We had all gone through the same the same program, and while some of my peers were reluctant to leave the Conference, I was reluctant to leave it empty handed. I felt like the Congress failed to benefit me. However, when debating the differentiation between inspiration and motivation and reflecting on the experience for a second time, I came to realize the whole meaning of this. The week was designed for us to absorb everything we heard, saw and felt while processing and reflecting was to be done on our own time: a message I had failed to seriously consider.

END_OF_DOCUMENT_TOKEN_TO_BE_REPLACED

Hot Under the Collar

The Earth’s climate seems to be changing. Whether it is attributed to man-made influence or the result of natural meteorological cycles, there is little debate in the scientific community that the world’s climate is getting warmer. With rising temperatures, and the effects of emissions in our atmosphere, a litany of impacts are anticipated across the planet: rising sea levels, melting ice caps, more severe storms, ocean acidification…the list goes on and on.

Now, it seems, we can add increased violence to the list.

END_OF_DOCUMENT_TOKEN_TO_BE_REPLACED

What We Can Learn From Brazil

On the night of June 17th, large groups of Brazilians took to the streets of São Paulo, Rio de Janeiro, and other major cities to protest the actions of their leaders. The protests originated as small gatherings of individuals who were outraged by an increase of 9 cents in local bus fares. These demonstrations quickly escalated with the help of social media, expanding the scope of the protests to the broader issues of government transparency and proper representation.

Brazil recently gained international attention as it secured the distinction of hosting the 2014 World Cup and the 2016 Summer Olympic Games. The country has also been viewed as one of Latin America’s most vital economies given its low unemployment rate of 5.8% and high GDP in comparison to other nations in the region. All of these aspects indicate that Brazil should be classified as a relatively successful country at the moment. However, these characteristics only account for the ‘what’ and ‘how much’ of Brazil and do not focus on the HOWs.

END_OF_DOCUMENT_TOKEN_TO_BE_REPLACED

Cutting Through the Clutter of Rules

Many of us have a love-hate relationship with rules.