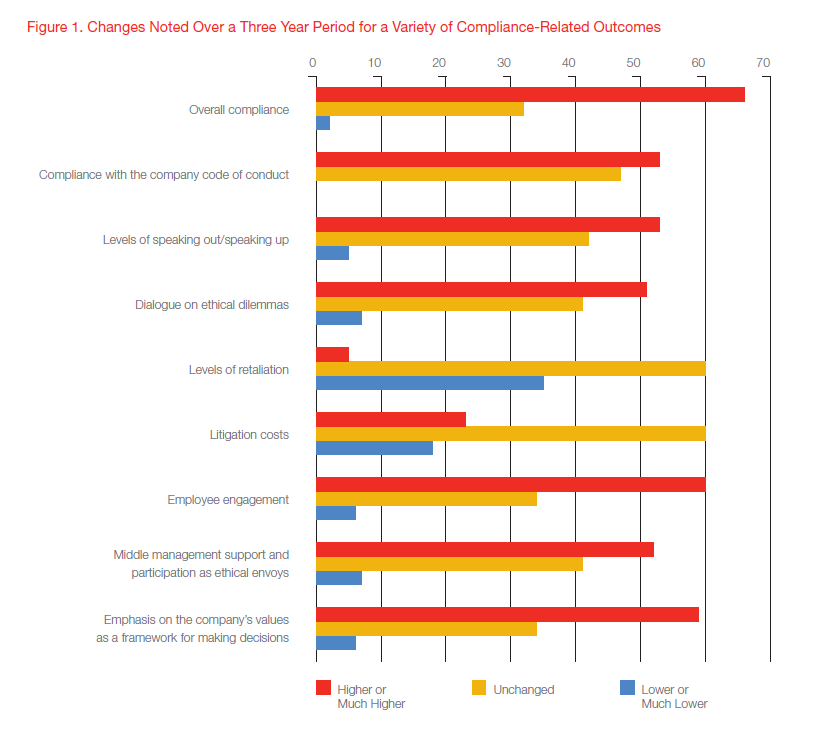 Of Effectiveness and Impact

For two thirds of respondents to our 2014 survey, overall compliance has improved over the last three years. Not surprisingly, the average PEI scores of those seeing overall improvement is above the average for the whole sample. Most respondents (53 percent) also report increased levels of code of conduct compliance, and average PEI scores vary widely between those who do (0.63) and those who report no gain (0.56).

The relationship between PEI score, our measure of program effectiveness, and outcomes is even more pronounced at either end of the scale. The top quintile—the most effective programs as measured by the PEI scores—are more likely to see higher or much higher levels of desired outcomes than the bottom quintile by wide margins: 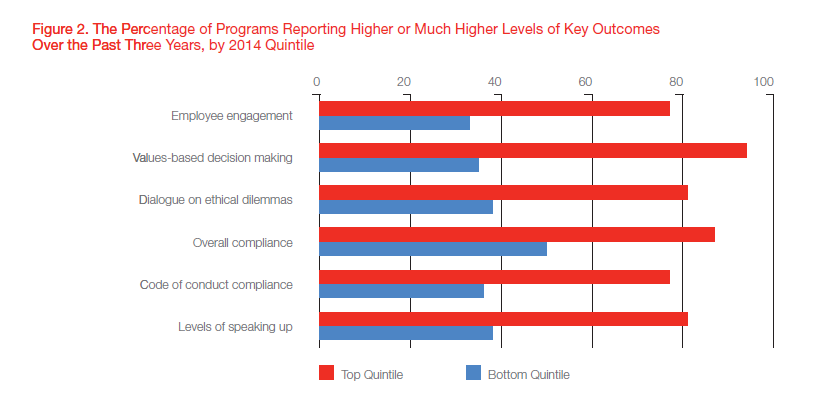 Whether a strategic, corporate focus on culture is a prerequisite for a highly effective E&C program or vice versa is not clear. It is apparent, however, that they go together. The companies in which the top quintile of programs operate are far more likely to count as their key priorities, culture and business values (35 percent versus 15 percent, compared to the bottom quintile), risk mitigation (32 percent versus 12 percent), and innovation (42 percent versus 12 percent). Much higher than average PEI scores are typical of programs in companies prioritizing risk mitigation and leadership development (0.63), as well as those focused on culture and values (0.64) and innovation (0.66). By contrast, companies with cost reduction and cash management as key priorities—including 58 percent of the bottom quintile—have programs with PEI scores well below the mean (at 0.58, on average).