The mechanics of E&C program management translate into impact in a variety of ways, and that translation illustrates two key themes emerging from the data. First, doing the hard work of paying close, thoughtful attention to the program pays off. Second, programs that are built into the very structure of the organization far out perform those that are bolted on as control mechanisms.

The use of ethics and compliance program assessment to ensure effectiveness and facilitate the continuous improvement of program design and implementation is a prominent hallmark of an effective program, according to both regulators and practitioners. Not surprisingly, then, every one of the programs in the top quintile conducted formal program assessments, with more than 70 percent of them doing so on a regular schedule, either annually (43 percent) or every other year (27 percent). Only 36 percent of less effective programs adhere to any particular schedule, and fully a quarter of them report that they do not conduct a formal program assessment at all.

At an average PEI score of 0.64, those programs conducting such an assessment annually seem to have found a process that works. Programs conducting assessments every other year have, on average, PEI scores above the norm, but average program effectiveness goes rapidly downhill for those assessing on an ad hoc basis (0.58), those who never do (0.54), and those who don’t seem to recognize the requirement (“don’t know” at 0.47.) 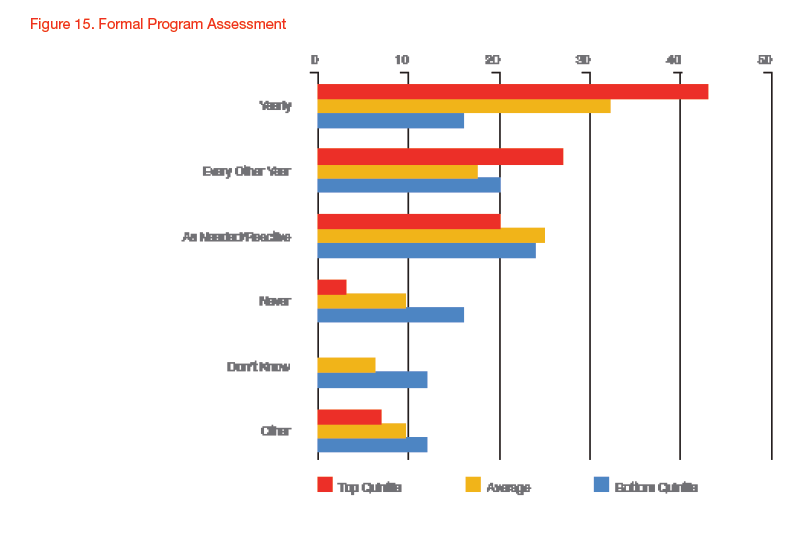