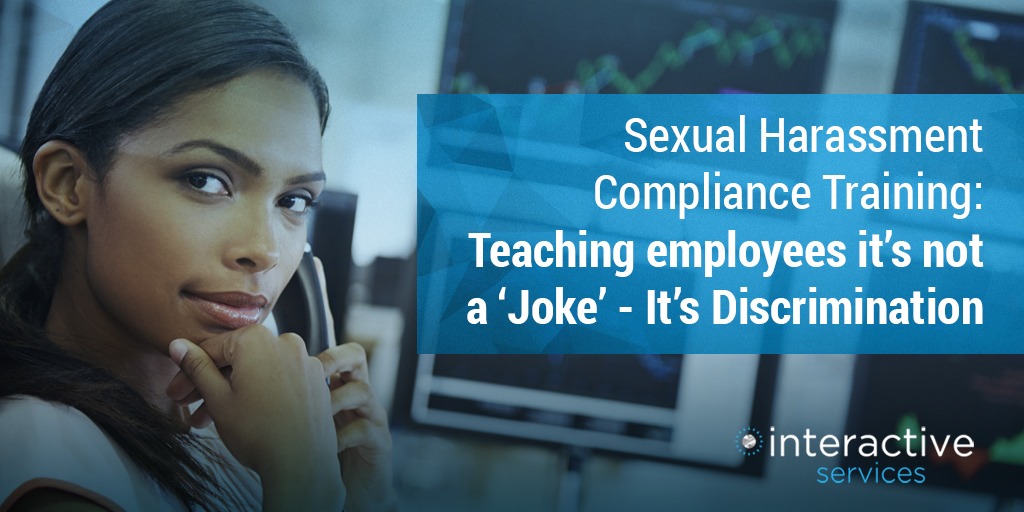 On June 18, Connecticut’s governor signed a law ratcheting up the state’s mandated sexual harassment compliance training requirement. Surprisingly, only four other states – California, Delaware, Maine, and New York – had state requirements for such instruction. New York City has even more stringent requirements than those imposed through Albany.

If such states as Illinois, Maryland or New Jersey, which otherwise have strict workplace laws, have so far taken a pass on requiring employers to offer sexual harassment training, what is prompting so many businesses to get ahead on this?

Regardless of State-specific requirements for sexual harassment training, there are laws at both state and federal levels that, if broken, could lead to fines, damages and at the very least a hit to the company’s and perpetrators’ – and alleged perpetrators’ – reputations.

“Ignorance of the law …”

That you shouldn’t rob or kill your employees has been settled law since the Ten Commandments, so employers can safely demur from offering anti-robbing and anti-killing training. (Not calling employees in on their day off is also covered under that omnibus, but attitudes seem to have shifted over the course of millennia.)

Laws prohibiting sexual harassment, though, are of much more recent vintage. Until the Civil Rights Act, it was perfectly legal in the United States to deny employment based on sex. Starting July 2, 1964, employers could no longer do that, but they could still legally behave in a way that would make many women feel uncomfortable and even physically threatened in the workplace.

That did not change until 1980 when the Equal Employment Opportunity Commission finally got around to declaring that sexual harassment was indeed a form of sex discrimination. That meant that, if someone at the company demanded sexual favors of a subordinate or otherwise made her workplace a hostile environment, the company would have to pay a fine. Another decade would go by before a federal law gave her the right to sue for damages.

The pronoun “her” is used advisedly in the preceding paragraph. It was not until 1998 before Joseph Oncale successfully took his suit against his employer all the way to the Supreme Court, paving the way for men to claim that they were victims of sexual harassment.

“You know you got a cute little ass,” a supervisor allegedly told the 21-year-old Oncale, the lowest-ranking man on an eight-man crew cooped up together on one of Sundowner Offshore Services’ oil rig. “I’m going to get you.”

No need to go into the rest of the complaint; suffice to say this was just the beginning.

It should surprise nobody that it took almost until the turn of the millennium for a man to claim protection under sexual harassment statute, even though one in six EEOC harassment filings are now made by men. It took until 1976 for a woman to win a similar case under the Civil Rights Act. That’s when Diane R. Williams was fired for not sleeping with her boss. And who knows if Williams would have ever known how to go about establishing a landmark case if the job she lost wasn’t as a lawyer for the U.S. Justice Department?

Connecticut’s new Time’s Up Act is not just the latest statewide initiative to pass, it is an upgrade from an existing one. So it is safe to assume that it is among the most stringent.

The Connecticut Commission on Human Rights and Opportunities is currently developing no-cost resources to provide to employers. There is nothing about it on the agency’s website yet but, once this curriculum is developed, it is likely to be as a proxy for training guidelines that can be reused throughout the United States.

Until then, though, California probably provides the best template for determining what must be covered. Specifically, trainers in the Golden State must explain these 14 points:

New York State has similar but distinct coursework requirements, which can be found on its website.

Necessary but not sufficient

It is telling that, in Connecticut’s new law, training requirements are just part of the formula. The Time’s Up Act is actually more focused on providing redress for victims of sexual assault than victims of sexual harassment. Its main provision is abolishing the statute of limitations for some classes of rape. As for its workplace provisions, it increases the requirement to inform employees of the illegality of sexual harassment and the remedies available. Under the previous law, a poster in the break room was sufficient, but now the same information must also be published as static content on the company website, pushed out to each employee via email and handed to each employee as a hard copy.

It should also be noted that there is often a difference between training that is effective and training that just ticks the boxes. After more than half a century of federal legislation, regulatory commissions, case law decided by the highest Court in the land and such high-profile public revelations from the likes of Anita Hill, and yet one in three employees have reported sexual harassment.

So a company that sets compliance with a regulatory requirement as the bar for its anti-harassment training might just as well be inviting a lawsuit, a public pillorying and a nasty letter from the EEOC. It is not enough to explain to someone who is going to harass employees anyway exactly how to do it. Rather than conformity with state law, the goal of the training course should be too but to truly contribute to a safer work environment for all. 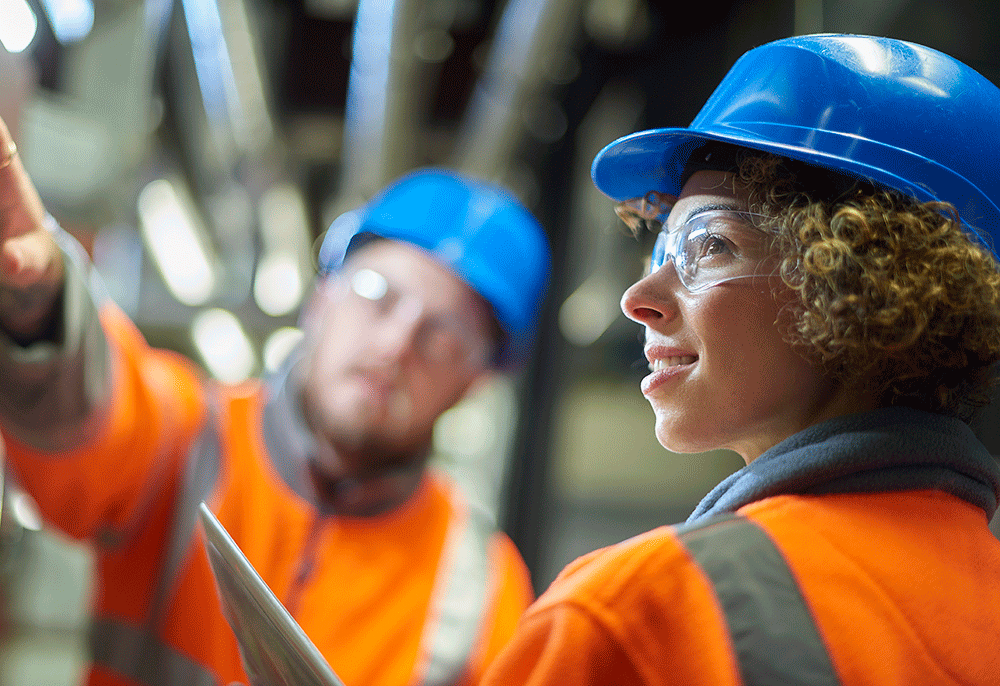 In the latest LRN analysis, Promigas outperformed energy industry benchmarks across a majority of the factors that make up an ethical culture. 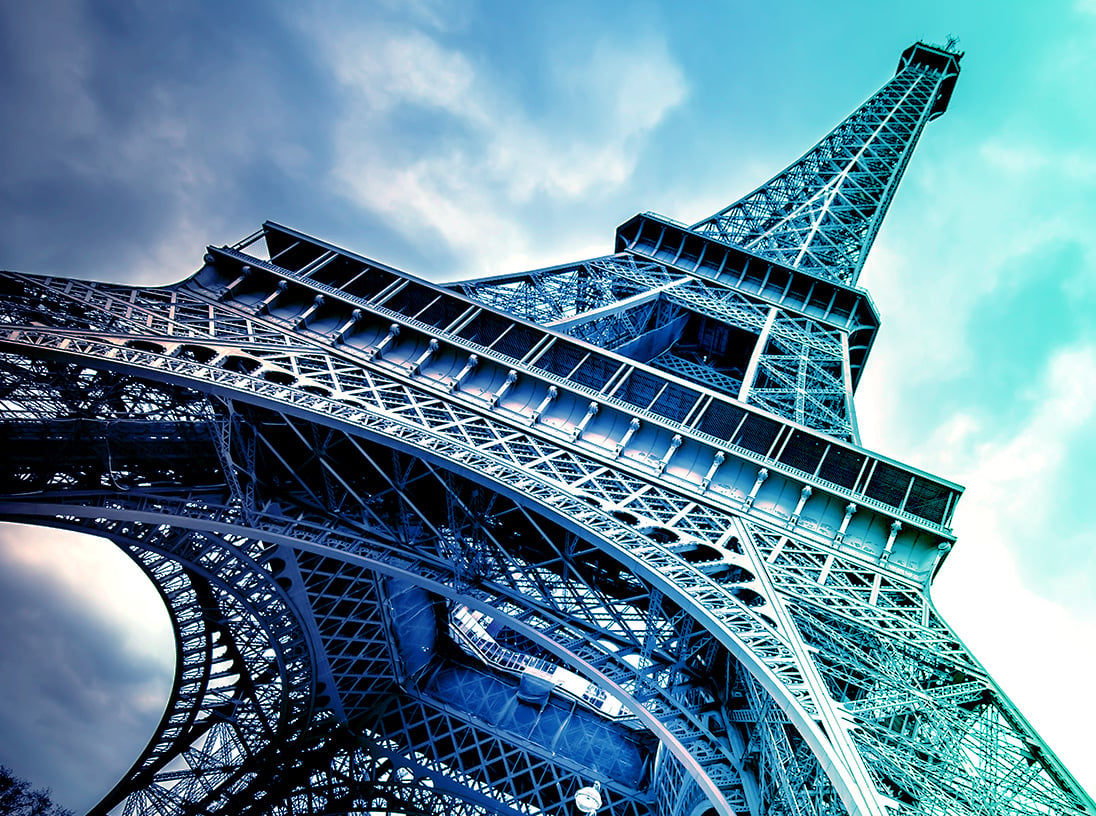